A Letter from the President of USAT

Thank you for your interest in the University of Science, Arts and Technology (USAT), and the programs we offer.

We recognize that professionals, like yourself, are interested in pursuing a medical career while still working a traditional schedule.  In addition to the live lectures at the Montserrat campus, we try to accommodate our students by offering our live lectures via webinar.  This allows students to participate in interactive basic science class sessions, and then complete the clinical portion of the MD training in hospitals and clinics near their homes.  This is a ladder type, blended program (combines progressive distance education along with scheduled core lectures on island) that builds on your current level of medical education, rather than duplicating it as many other MD programs do.  Moreover, there are no age restrictions on enrollment or matriculation.

This is a two-phase program, Phase I is 12 to 15 months of focused lectures and examinations in a seminar, clinic, or hospital setting, and represents the basic medical sciences component of the program.  The curriculum is based on an integrative systems model, and the lectures are supplemented by slide sets which are provided to matriculated students.  Most lectures for this program are USA MD-PhD Credentialed.

USAT normally awards one of two medical degrees to its graduates:  the MBBS (Bachelor of Medicine, Bachelor of Surgery) or the MD upon completion of all didactic and clinical requirements.  USAT is licensed to award the MBBS, MD and DO degrees.  Currently, we are able to give successful graduates opportunities to prepare and asit for the medical board exams for all of the CARICOM nations.

The CARICOM member states include Anguilla, Antigua and Barbuda, Bahamas, Belize, Dominica, Haiti, Jamaica, Grenada, Guyana, Montserrat, St. Lucia, Suriname, St. Kitts and Nevis, St. Vincent and the Grenadines, Trinidad and Tobago and the Cayman Islands.  You may verify the status of USAT on the World Directory of Medical Schools website (WDOMS).  USAT graduates qualify for post graduate training outside the US and Canada.  USAT is licensed by the Government of Montserrat.

Our tuition is modest, currently at $5,490.00 per semester base tuition plus one-time fees for this program.

Thank you again for your interest.

Professor Orien Lee Tulp is a 1960 graduate of Carnegie College, followed by the University of Vermont and University of Vermont College of Technology (honors), the Graduate College, and of the College of Medicine, classes of 1968, 1970, and 1974 respectively. This was followed by 4 years of Post graduate study in the Clinical Research Center, Department of Medicine, University of Vermont College of Medicine, Burlington, VT, where he specialized in Nutrition, Endocrinology, and Metabolism. He was awarded an individual NIH National Research Service Award for continued study in Vermont, where he conducted original research in Nutrient-Endocrine interactions. He elucidated the mechanism of nutrient induced modulation of thyroid function and its contributions to adaptive thermogenesis and energy balance, and has published and lectured extensively on the nutritional and environmental regulation of thermogenesis and brown adipose tissue. Professor Tulp has also served as Research Associate Professor (Medicine), University of Vermont; Associate Professor and Director of Biochemistry at Colby College, Maine; Professor of Biological Sciences, University of Maryland in Europe; Lecturer, University of Greenwich, Cambridge and Kings College, UK; Professor of Industrial Hygiene, Environmental Studies Institute, Drexel University, and Professor of Nutrition, Drexel University, from where he retired in 2004. Professor Tulp is an elected member of numerous professional societies in his field of expertise including the American Association of Physicians and Surgeons, the American College of Nutrition (Fellow and Certified Nutrition Specialist), The American Society for Clinical Nutrition, the Nutrition Society (UK), The Association of Military Surgeons, and others, and has been guest lecturer at numerous Universities Colleges and Professional Societies worldwide since 1973 to the present. Professor Tulp has served on the Editorial Boards of leading professional societies in his fields of expertise including the Journal of Military Medicine and the Proceedings of the Society of Experimental Biology and Medicine and others and currently serves on the Editorial Board of Biochemistry International Journal and IARS Research.  Dr Tulp’s education and training at the University of Vermont has been evaluated up to the PhD level by NARIC in the UK and deemed equivalent to that of UK institutions granting similar degrees. Professor Tulp has been awarded the Presidents Call to Volunteer Service award in 2011, 2013, 2014, 2015, and was awarded a Fellowship credential and gold medal from the American Association for Higher Education and Accreditation [AAHEA] in June, 2015.   More recently he was awarded a Certificate of Appreciation by the Florida Dept of Health for his contributions to medical education in the region.  He is a Who’s Who Distinguished Alumni of the University of Vermont, and has been granted the prestigious distinction of appointment as a Kentucky Colonel by the Governor of Kentucky.

Professor Tulp has an extensive research career, with approximately 500 publications including abstracts, manuscripts, books and book chapters, and over 500 invited lectures worldwide in his areas of expertise (nutrition, endocrinology, and metabolism) from 1974 to the present day. He has held research, academic and guest scientist appointments at the University Of Vermont College Of Medicine, the College of Medicine, University of Heidleberg (Germany), The University of the Sciences (Pennsylvania), the Southwest Institute for Medical Research (USA), The US Department of Agriculture, Beltsville, MD, the Veterans Administration, The Academy of Health Sciences [US Army], The US Army Command and General Staff College,  The University of Maryland in Europe, The University of Delaware, Amylin Pharmaceuticals, and others. Dr. Tulp discovered the biochemical basis of nutrient induced changes in endocrine metabolism, nutritional and environmental regulation of adaptive thermogenesis and energy metabolism, and discovered and characterized congenic genetic animal models of aging, obesity and diabetes that have been used worldwide by many leading scientists and which now carry his name. His current research interests include the above plus newly emerging concepts in the pedagogy of medical and graduate education at the Collegiate and University level, and which he has effectively incorporated into the medical and graduate curricula at USAT. Under his leadership, USAT has become the fastest growing and most successful University in the CARICOM, now ranked among the top 100 International Medical Schools by the ECFMG of over 3,000 schools worldwide, and USAT MD graduates enjoyed a 100% US residency match in 2013 and 2014 and 95% overall, the highest of all CARICOM Institutions.

Professor Tulp has also had extensive military experience, retiring in the permanent grade of Colonel, AMEDD, AUS [US Army AMEDD], with recommendation for promotion to the grade of Brigadier General. He served primarily  in the US and South America, where he conducted numerous (over 250) medical civic action missions, in addition to command and Staff Positions at all levels of command from Medical Company, Combat Support Hospital, Special Staff officer, and consultant to the Surgeon’s Office at the Pentagon, Washington DC, where he consulted  and contributed to the development of the  US Army weight control program [AR 600-9], medical recruiting doctrine and operations, continuing medical education, and other areas.  Among his citations and awards are a Presidential Citation (William Jefferson Clinton); the USA Legion of Merit, the Meritorious Service Medal, the Medal of Military Medical Merit, the Garde Nationale Trophy [the 8th such award in history], the Citizenship Medal, US Army Commendation Medal with 7 Oak Leaf Clusters, the US Army Achievement medal with oak leaf clusters, the National Defense Service Medal w/oak leaf cluster, the Reserve Components Achievement Medal w/3 Oak Leaf Clusters, the Expert Field Medical Badge, and numerous others. He has been cited for his pioneering work on the diet and pathophysiology of disease among native populations of the Altiplano (Bolivia) and Ecuador while conducting humanitarian medical support missions in South America. He is a graduate of the Vermont Military Academy, The US Army Medical Field Service School, the USA Academy of Health Sciences, the USA Command and Staff College, the USA National Defense University, and others in addition to his civilian education cited above. In 2013 Professor Tulp was awarded the First Award of the Major General Hughes G Robinson Award for Academic Scholarship, Leadership, Ethics, and Humanitarian Service to a Global Community. Dr. Tulp also received the Citizenship Medal by the Sons of the American Revolution in 1995 for his contributions to the youth of Vermont.

Professor Tulp serves as a member of the Oxford Educational Network, International Higher Education Council; Fellow and Certified Nutrition Specialist, American College of Nutrition, USA; Fellow, Royal College of Complementary and Alternative Medicine, Dublin; and Diplomat, National Naturopathic Board of Examiners. In 2008 Dr Tulp was invested and appointed as a Knight of Grace, Ancient Sovereign Order of Hospitallers of St John of Jerusalem, under authority of the Romanoff family. Professor Tulp is a Fellow of the American College of Nutrition, and a Fellow of the Royal College of Complementary and Alternative Medicine [FRCAM,Dublin], a member of the AAPS [American Association of Physicians and Surgeons] and others. Professor Tulp was awarded the United States of America’s highest Presidential Volunteer Service Award  from President Barack Obama in 2011; a 2nd award was made in June 2013, a 3rd award in June 2014 and a 4th award in June 2015 during the Annual USAT Commencement Ceremony, citing over 10,000 hours of voluntary community service. He assumed his present position as Professor of Pharmacology and Nutritional Sciences and President and Chief Executive Officer of USAT and Director of the Mayfield Clinic for Regenerative Research in 2003.  In 2015, Dr Tulp was honored by the Florida Department of Health for his contributions to Healthcare Education in South Florida. In addition, he is certified by the American Institute for Clinical Psychotherapy (2015), and has led his University to become the fastest growing new medical school in the Caribbean in 2015 [US News, 2015].

Professor Tulp resides in  Colorado when not on campus in Montserrat. 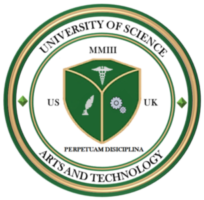